Google News: Here are some of the new developments of the Android platform announced at the Google I/O Developers conference

The team here at Local Business Rockstar is “attending” a live streaming conference hosted by Google  as they announce the future of development for the Android platform and devices.  Here are some really cool things that will be happening both now and in the near future….

The first topic of interest was a quick history of the development and success of the platform.  Get this…  The first Android phone was activated over 2.5 years ago.  As of today there have been more than 100 MILLION android mobile devices that have been activated.  Now that isn’t even the most impressive stat… Currently, over 400,000 new devices are being activated….every day! Hmmm, iWonder how the competition is doing iN comparison? There are now over 200,000 apps available for download and over 4.5 BILLION apps have been downloaded from the Android marketplace.  Hugo Barra, the director of Android development,  continually stress the importance of the fact that Android is, and will continue to be, an open platform.  This simply means anyone can create and improve applications.

Honeycomb is the Android software design for use within tablet devices.  Some nice new features have been added including a new task switcher for ease of use and the ability to re-size and stretch widgets.  It does include a new user interface (UI) theme called “Holo” which gives tablet a very friendly experience.  Probably the coolest feature is the new ability to be a USB host.  This means you can now plugin mouses, keyboards, flash drives… and even joysticks!  You can now play video/web games using joysticks!  How cool is that?

The Honeycomb 3.1 OS will also be integrated into Google TV.  This means that the entire Android market will be accessible from your television set if you have Google TV. 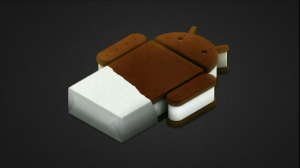 So Google starts the conference by eating an apple… now it is ready for its newest desert!  I personally love ice cream sandwiches!  Let’s delve a little bit into what this new Android OS platform offers…  The first item of interest is that the Ice Cream Sandwich platform gives every mobile device a new feature called Virtual Camera Operator.  This software automatically detects the eyes, nose and mouth of the person being shot for better focus and tracking.  However, the best feature is its ability to detect voices and pan between people during a video conversion!  The software can even detect the direction the person’s eyes are looking to!  So let’s say you and your kids are talking to Grandma on your mobile phone using video chat.  You are talking so the camera focuses on your face.  Then your child starts to speak. Without moving the actual phone, the Virtual Camera Operator will detect things and seamlessly migrate the shot over to the kid.  So it will switch back and forth between speakers, as long as they are both visible within the camera’s view.

Books, Movies, and Music …oh my! 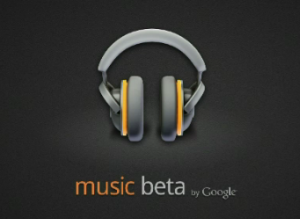 Google is now getting on board with other entertainment channels.  Will the Android platform take out the Kindle?  Hard to say.  Now people have the ability to purchase and/or download their favorite books to their mobile devices.  With the new page flipping capabilities within the Honeycomb, users can still experience old-school reading characteristics while reading their favorite novel.

Movie rentals are now available on your mobile device!  Watch out NetFlix and goodbye Blockbuster!  For $1.99, you can stream your favorite flick on-demand, whether it is on your desktop, laptop, GoogleTV, or your cell phone.  The movie is hosted in the “cloud” and streams quickly on your device.  What happens if you don’t like the movie being shown on your airline flight?  The Movie application (which can be downloaded in the Android marketplace) now offers a “pinning” feature.  This simply means you can rent the movie, “pin” it to your phone, and watch it on the plane!

Next in the Android world is the new Google Music Beta system.  Basically, this looks like Google’s answer to Apple iTunes.  Using your device of choice, you can buy and download your favorite songs and store them into playlists and libraries.  Features include Instant Mix where you can take your favorite music track and the software will analyze it and create your own “album” with closely related songs and artists… instantly!  Also, because the music is streamed and downloaded from the “cloud”, no more cable plugins and/or syncing!  Your libraries are permanently accessible from all your devices because the downloads are saved your Google account, so if you change phones, you keep your music!  You can save up to 20,000 songs and the same pinning feature used in the movie rentals app is also available in the Google Music Beta. (quick note:  This application is in beta release and offered by invitation only.  While in this phase, the music is FREE!)

Make sure you check out the future of computing and applications according to Google post.  Some really UNBELIEVABLE videos from the conference will be showcased here!  Crazy cool stuff!

40 N Central Ave Ste 1400R
Phoenix, AZ 85004
Phone: (602) 910-6300
Url: http://www.LocalBusinessRockstar.com
Email: info@localbusinessrockstar.com
Local internet marketing in Phoenix AZ that offers small business marketing services to companies of all sizes. We can help you solve the problem of "How can I get more customers for my business?" We work with companies anywhere on planet Earth, so please give us a call to see how we can help you create an online marketing system that ROCKS!
cash, check, credit card, invoice, paypal